EDINBURGH, SCOTLAND — Back on the Syracuse University campus for the first time since 1996, Katharine Grant stood earlier this month at the Wall of Remembrance, a symbol of solace and heartbreak.

She recalled how she used to sit in front of this very wall when she was homesick, longing to be back in Scotland. She would stay in front of the memorial, looking down toward University Avenue. It would remind her of the hills from the view of her house looking toward the town of Lockerbie, Scotland.

“I would sit at the wall and think, ‘I know what Lockerbie looks like. I’m homesick and I’m mentally there,’” she said. “For me it was real. It was only two years after.”

In 1990, Grant received the Lockerbie Scholarship, which celebrates its 25th year this fall. Each year, two sixth-year students of Lockerbie Academy, the town’s high school, are awarded the scholarship and given the opportunity to study at SU for a full academic term after graduation. In addition to the Remembrance Scholars, the Lockerbie Scholars help remember the lives lost in Pan Am Flight 103.

She went over to the wall and placed her hand on one of the victim’s names. That was the hardest part, Grant said.

She was able to come to SU because people had died. 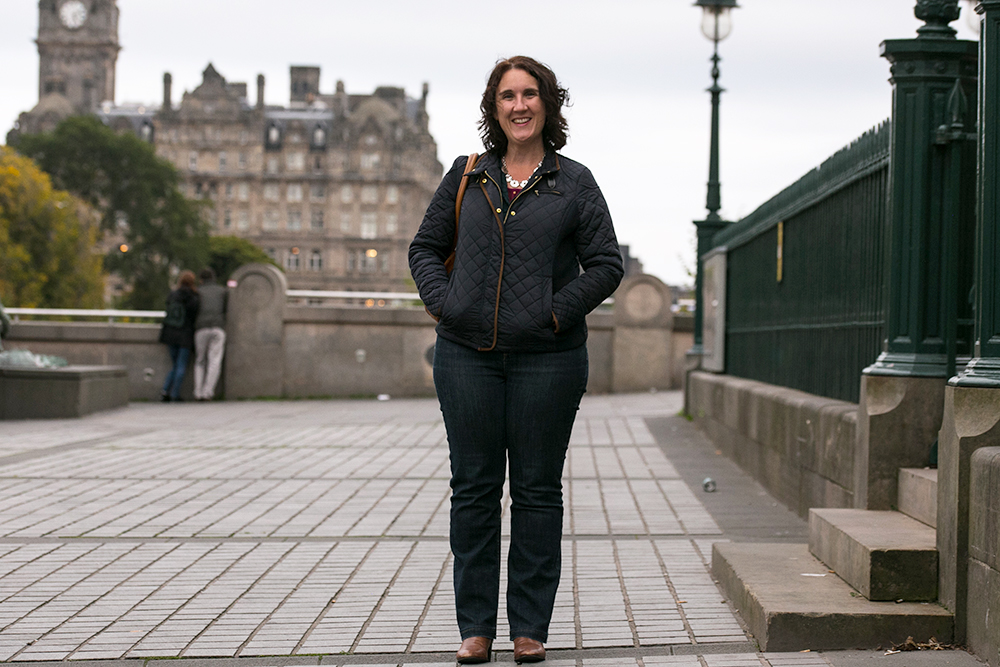 The connection between Lockerbie and Syracuse was formed after 35 SU students died when Pan Am Flight 103 exploded over the town on Dec. 21, 1988. Each year, the university commemorates those students’ lives with Remembrance Week, which runs through Saturday.

Unlike today’s students, who can speak to former scholars and hear stories about their time at SU, Grant applied to the scholarship blindly. The only required item was a personal statement. Having come from a family of travelers, Grant said some part of herself knew she also wanted to travel, in addition to the privilege of representing Lockerbie abroad.

What fascinated her was that very few people in her classes asked what she was there for, or what she was going to do when she got back home to Lockerbie.

They probably felt like they couldn’t ask me in a way, for fear of me bursting into tears, but you could easily ask the Lockerbie Scholars in this day and age.

Grant’s year at SU broadened her mind, after living in such small a town as Lockerbie. Upon returning to the United Kingdom, she continued her studies at Strathclyde University in Glasgow.

Grant is now an occupational therapist for the National Health Service and keeps in touch with her best friend from SU and sees her when she visits the United States.

The Lockerbie Scholars today, Grant said, have the responsibility of reminding people of the connection between SU and Lockerbie, two communities that have forged something stronger than what happened to each of them. She said she believes the scholars must positively continue the representation that started 25 years ago.

“It was very interesting to hear (today’s scholars) speak about how it was a privilege to go, and how they want to educate people at Syracuse about Lockerbie and the scholarship’s connection and what it represents,” Grant said. “It’s fascinating that they can do it so passionately, having no personal knowledge of what actually happened.”

When she came to Syracuse, Megan Noble was surprised when she met only one person who knew about Pan Am Flight 103; everybody in Lockerbie and the surrounding areas knew about the flight.

“That just shows you the magnitude of how much it affected us as a small town in comparison to how much it’s affected the wider population at Syracuse,” she said.

Noble was a Lockerbie Scholar during the 2014-15 school year. She lived in Sadler Hall, met friends she ordered Sliders with late at night and took courses in scuba diving and American Sign Language.

The opportunity to have experiences like these and to represent her town was Noble’s motivation to apply for the Lockerbie Scholarship. 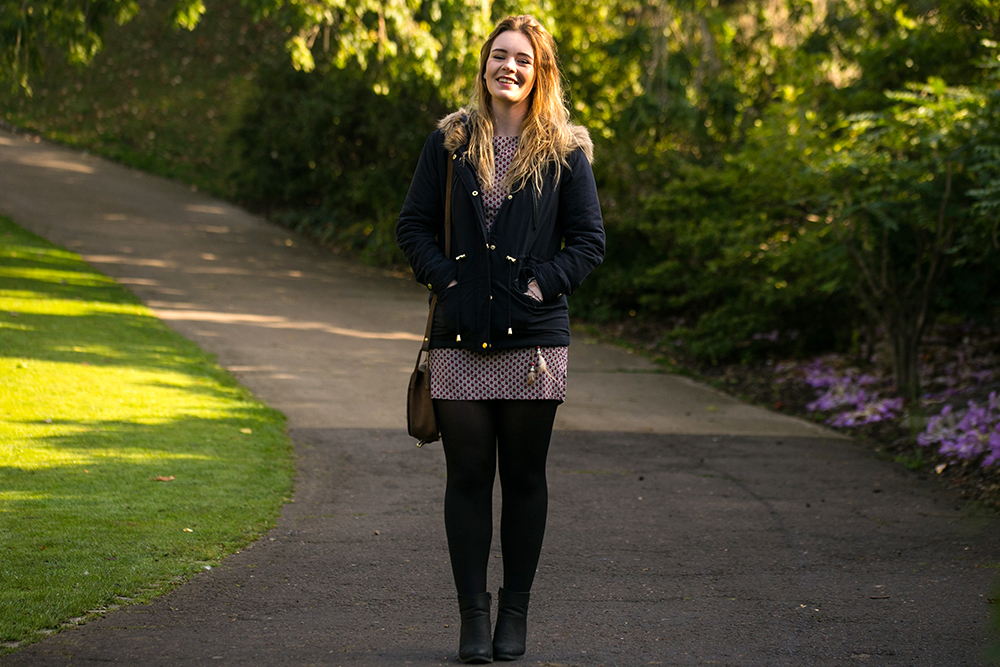 “I’m here to represent these people,” she said. “I’m here to do a good job for my school, for Lockerbie and for Syracuse.”

Every year, Lockerbie Scholars decide which of the Pan Am Flight 103 victims they want to represent. Noble was the first to go in a different direction and represent Andrew McClune, a former Lockerbie Scholar who died while he was at Syracuse. Noble said she chose McClune because while researching the scholarship and the bombing, she realized the two had a lot in common.

“He made it quite clear the irony of the fact that the bombing was meant to destroy everything and destroy all of our relationships,” she said. “When it actually made us so much stronger and we’ve built all these wonderful bridges as a result.”

At the end of Remembrance Week last year, Noble also met the families of the victims, which she said was not as intimidating as she expected. She said she was surprised how interested they were to learn about her, what she wants to do in the future and how she was enjoying Syracuse.

There were a few tears, obviously, because it’s such a horrible and delicate subject. There are going to be high emotions all the time. But it wasn’t awkward talking to them about the people they lost. It was more like talking about old friends.

Noble is now in her first year at the University of Edinburgh in Scotland, and she said she’s starting to realize that she’s not going back to SU.

As part of her nursing studies, Noble will begin medical placement in December. Receiving the scholarship allowed her to become more confident and independent, she said, and has given her the ability to relate to others more.

“None of us, the scholars, would have ever done anything like any of us did in Syracuse,” she said. “Sometimes I think people forget that, especially those over in Syracuse. You don’t realize what this actually means to us.”

Twenty-five years have passed, and in that time, the Lockerbie Scholarship has grown. Interviews were added to the application process. Certain courses are no longer required for scholars, though now they are automatically placed in the Honors Program. The students who leave Lockerbie today do so after graduating from the academy, as opposed to the first few who went in place of their sixth year in high school.

Amid all this growth is the constant idea of acting forward.

Noble said she believes the scholarship allows people to look back on the joint history of Lockerbie and Syracuse, and that by acting as a bridge between the two institutions, it will keep future generations educated about Pan Am Flight 103.

It’s quite ironic and horrible and beautiful that all these people had to die for something so wonderful to come out of it and give all of us these amazing opportunities. They set us up for life. Really, they do.

For Grant, acting forward encompasses “the kindness of strangers” that has stayed with her throughout the years. By the end of her year at SU, people who were once strangers to her were far from it. It’s that kindness and the impact of it that Grant continues to pass on today.

“I was there for a very dark reason, and they wanted to shine light into a dark part of my experience,” she said. “Look back, act forward, pay it forward, pass it on.”