The Lyons family hopes the new panel will serve as a permanent memorial for James.

Syracuse University held a ceremony on Friday to formally introduce 1st Lt. James Lyons into the Hall of Honor at the university’s National Veterans Resource Center.

The ceremony — held by retired Army Col. Ron Novack, the executive director of SU’s Office of Veteran and Military Affairs — started at 4 p.m. on Friday. Chancellor Kent Syverud and his wife, Ruth Chen, were also present.

Lyons, a Rochester native and an SU alumnus who graduated in 2003, was killed in Baghdad at the age of 28 in Operation Iraqi Freedom in 2006. He was a recipient of the Bronze Star, Purple Heart and Meritorious Service Medal, among other honors.

During his years at SU, Lyons was a biochemistry major and an active member of SU Ambulance and ROTC. He was also a member of SU’s Delta Kappa Epsilon fraternity.

“I’m grateful for the opportunity … to know James, because what comes with knowing is a deeper understanding of his service and of a sacrifice and of his citizenship,” said Mike Haynie, the vice chancellor for strategic initiatives and innovation, in his remarks during the ceremony. “One of the most profound and important ways to honor the service of those fallen dressed in the cloth of our nation is by telling and retelling those stories.”

Lyons’ parents, Robert and Marcia Lyons, and his former fiancee, Hillary Trent, unveiled a new panel in honor of Lyons during the ceremony. The new panel will “permanently memorialize him at Syracuse University,” and “ensure that future Syracusans will know his story,” Novack said. 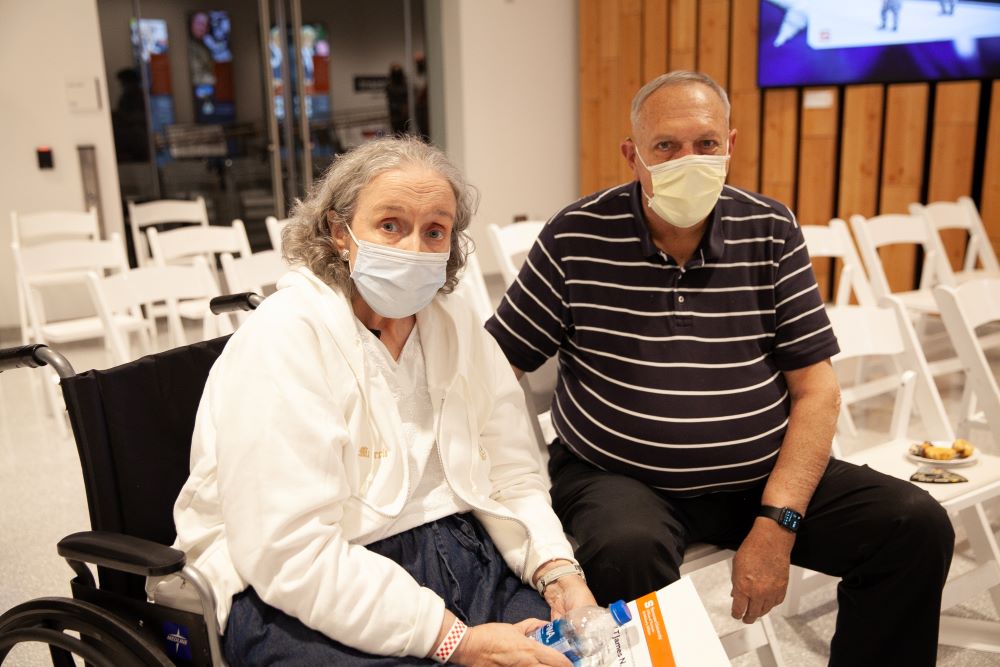 Robert said the support from the SU community in honor of his son is “almost overwhelming.”

During an interview with The Daily Orange, Trent recalled when she and Lyons watched the terrorist attacks on Sept. 11, 2001. It pushed Lyons to choose to serve his country and changed the trajectory of his life, she said.

“What you have to do is — and I hope that you will —  to take a small part of his spirit, put it in your heart, and keep it,” said Spencer Kennedy, a family friend of the Lyons’, during the ceremony. “Because that’s what I did from that day that I stood in front of all those folks at that church. I knew that it would be in there forever.”

After Lyons died, Trent and DKE fraternity member Marc Klein — who both graduated from SU — established the James Lyons ’03 Sons and Daughters Memorial Scholarship Fund at the university. The scholarship provides help to children of fallen and wounded soldiers, Trent said.

The Lyons family hopes the new panel will serve as a permanent memorial for him.

“This is a way that he will be remembered long after we’re not around anymore,” Robert told The D.O. “I hope that his infectious smile that you see on the picture and his willing(ness) to serve is an inspiration to others to follow in his footsteps.”

“(I’m) frustrated because I didn’t help us win, or even compete, today,” Garrett Shrader said about his passing str… twitter.com/i/web/status/1…

Syracuse lost another chance at bowl eligibility against NC State within a six minute stretch where the Wolfpack sc… twitter.com/i/web/status/1… SU still hasn’t won at Carter-Finley Stadium since 2013, and the last time Syracuse beat NC State was in 2018. END_OF_DOCUMENT_TOKEN_TO_BE_REPLACED The Red Raiders were a 14-seed in last season’s NCAA Tournament and just lost by three points to NC State. END_OF_DOCUMENT_TOKEN_TO_BE_REPLACED