DO THE DAILY ORANGE

Families remember SU alumni who died in the Sept. 11 attacks

By Richard J Changnews editor
September 9, 2021 at 1:21 am
Advertisement

Disclaimer: This article details events that may be disturbing to some readers.

Twin brothers Bob and Billy Bernstein grew up in the streets of Brooklyn, New York, together. They both attended Syracuse University together. After graduating, they lived in the same apartment building and both ended up working near Wall Street.

On Sept. 11, 2001, Billy Bernstein was working in the Cantor Fitzgerald office on the 105th floor of the North tower of the World Trade Center in New York City, right above the impact zone of the airliner that crashed. Bob had been in the building 30 minutes before the attack.

Steven Weinberg worked hard in his job as an accountant after graduating from SU, said Laurie Weinberg, his wife at the time. But he always made time to spend with his three children: Sam, Jason and Lindsay. He took them to SU games and had Orange memorabilia scattered around the house.

Weinberg was on the 82nd floor of the South tower — the second tower hit in the attacks. In a phone call to Laurie, he said he could see the smoke coming from the North tower, but he thought nothing was wrong and he could go back to work. That was the last time Laurie heard from her husband.

Thirty SU alumni died in the attacks on Sept. 11. The Daily Orange talked with family members of two SU alumni to recount their stories.

Billy Bernstein was a lot smaller than his fraternal twin, Bob, growing up. Bob said he protected Billy and their two younger brothers when they lived in Brooklyn. While Bob spent a lot of his childhood in the streets and playing ball in the park nearby, Billy made more friends in high school and was involved in many clubs.

When it came time to choose a college, their parents thought the best thing would be to send Bob and Billy Bernstein away from home so they wouldn’t have as many of the children around the house.

Billy chose to attend SU, and Bob is still unsure why. SU had a large reputation for being a party school back then, but Billy wasn’t big into partying Bob said. Their father made Bob attend SU as well, anticipating it would make college easier for them both if they were together.

Billy was known for being a good student, Bob said. He studied history at SU but was unsure what career he would pursue after graduating. Bob majored in mathematics. At the time, there were not many clubs to be involved in on campus, so neither of them did much outside of academics, Bob said.

In later years, Billy became a bodybuilder and was very fit, Bob said.

“It was kind of like the kid on the beach who gets sand kicked on him on the beach and turns himself into a muscle man,” Bob said. “He was suddenly an inch taller than me and had an incredible physique.”

After graduating and working several different jobs, Billy became a broker for Cantor Fitzgerald. Four or five days per week after work, Billy would go uptown to work out or practice martial arts, Bob said. After that, he would make his way back home to Brooklyn, to the same building Bob lived in. Billy never married, but he had a lot of friends.

Bob worked in the mortgage department for the Salomon Brothers investment bank, a few blocks away from the World Trade Center. Billy would drive Bob to work each morning, but other than that, they rarely saw each other, Bob said. 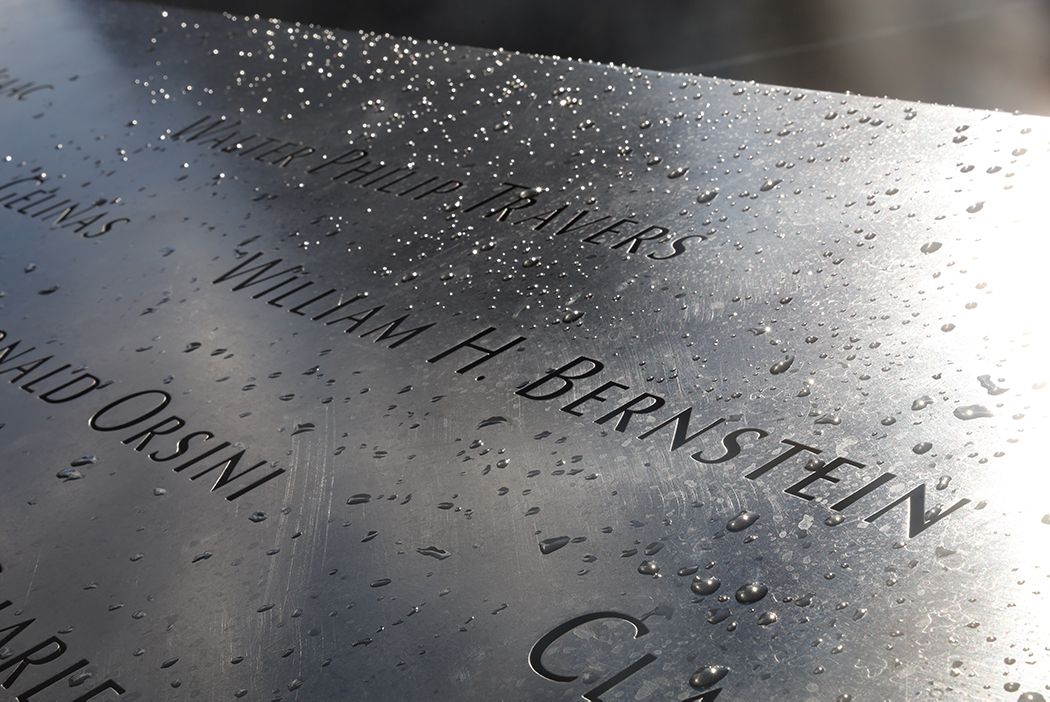 Bob said he had nightmares the night of Sept. 10, 2001 and overslept. Billy drove into Manhattan alone on Sept. 11, while Bob took the subway into the city. Bob said he went into the World Trade Center at around 8 a.m. that morning to take care of some business at the bank, and then he walked toward his office for work a few blocks away.

Bob got some breakfast in the office. As soon as he sat down at his desk, people started running out of the office. One coworker told Bob a plane had hit the World Trade Center. At first, Bob thought it was a little plane, so he went outside with the rest of the people in the office to see what was happening.

Bob walked back to the World Trade Center, where he had been 30 minutes earlier and where Billy was working. When he got there, the entire block was taped off by police, and people walking past him were covered in soot.

“I kind of knew in my mind and my heart that he was probably in there,” Bob said. “We actually didn’t even find anything from nothing. No fragments, no bones, no DNA. I just hope it was instantaneous.”

Billy did not die in vain, Bob said. He is glad that the world was able to implement changes such as stricter security and instantaneous communications following the attacks, and he is grateful that an event such as the one on the World Trade Center has not happened in the years since.

Laurie Weinberg said that it took her almost 20 years to realize that her family was victimized after the events of Sept. 11, 2001.

Steven and Laurie Weinberg’s children — Lindsay, Sam and Jason — grew up being defined by the loss of their father. In their small town in Rockland County, New York, the three children would go to school and be constantly consoled by people who knew Steven died in the attacks.

Laurie and Steven met after they both left SU. While at SU, Steven was an accounting major who was involved with a business fraternity and watched the basketball games in his free time. He lived on Mount Olympus freshman year and later lived in DellPlain Hall.

After graduating, Steven had children, moved to New City in Rockland County and continued to commute into New York City via bus to his job as an accountant in the World Trade Center. Laurie said Steven would socialize on the bus, and although he was always a friendly person, Laurie was surprised to find out he made so many friends who only knew him from the commute. 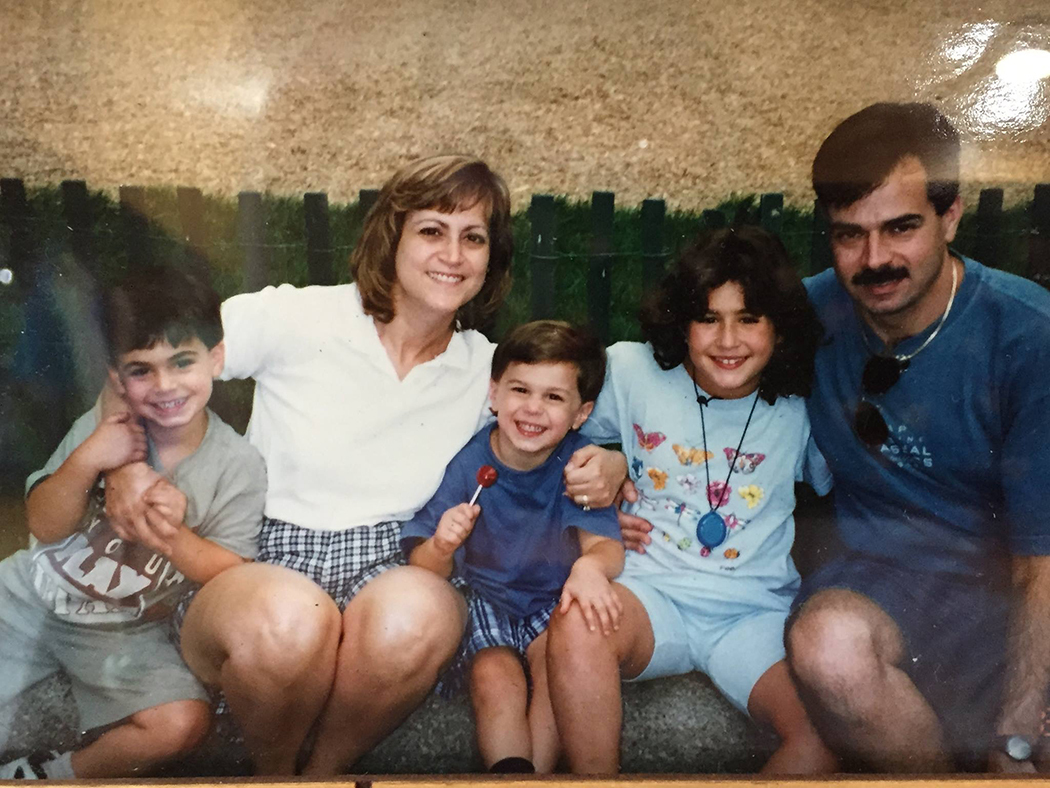 The Weinberg family (from left to right): Sam, Laurie, Jason, Lindsay, and Steven.

Steven also stayed close with everyone he met at SU, Laurie said. And most of his friends from college continue to visit the family, even 20 years later.

Sam Weinberg said his father was a busy man. But anytime he wasn’t working, he spent every moment he could with him and his siblings. When Sam joined the basketball team as a child, his father volunteered to coach the team even though Steven was never good at sports, Sam said.

The entire family regularly went to Madison Square Garden to see SU basketball games. Though Sam was very young when they went, he said he remembers it being somewhat of a tradition his father enjoyed.

On Saturday, Sept. 8, 2001, Steven’s father had a heart attack and had to go to the hospital at Yale University. Steven was in New Haven by his father’s side on Sunday and Monday. On Tuesday, Sept. 11, Steven went back to work. 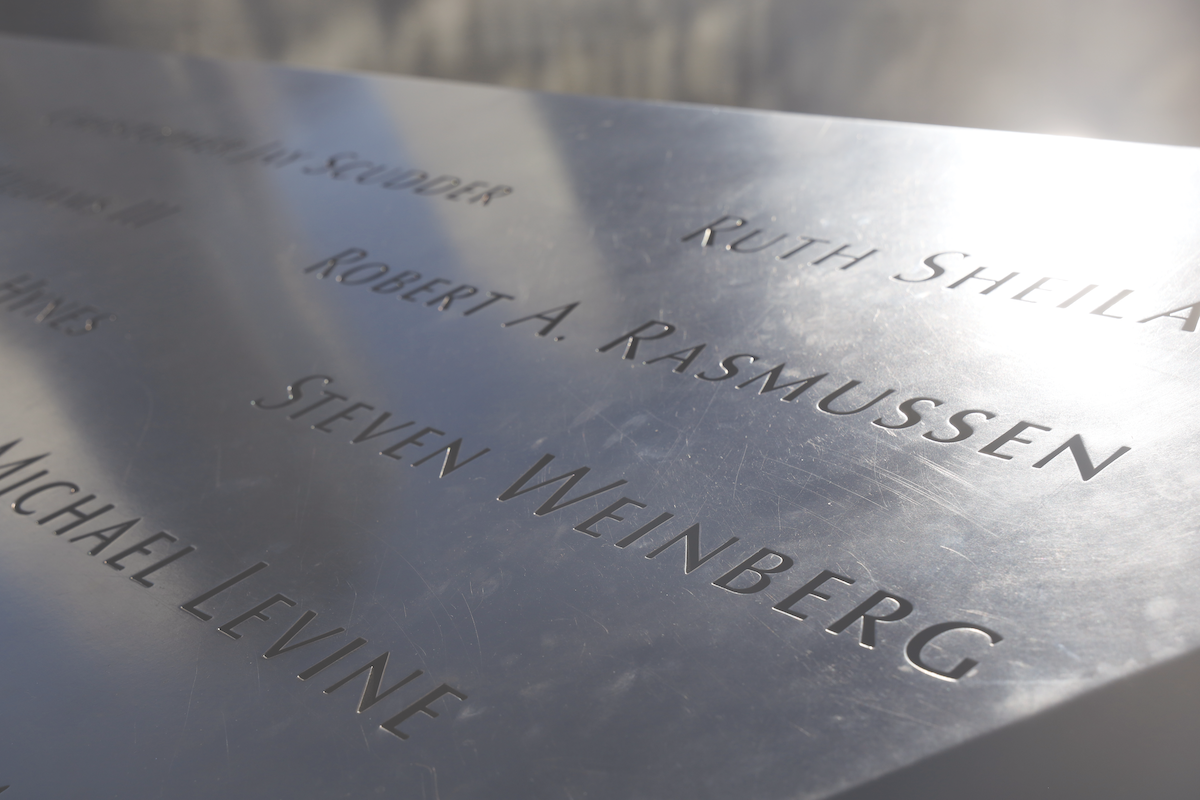 Steven called Laurie that morning from his office in the South tower. When she saw the incoming call, she worried he was calling to give bad news about his father. Instead, he informed her that he had seen a plane crash into the North tower. He saw fire, smoke and debris outside the window.

“And he said ‘I can’t tell you everything else,’” which Laurie assumed meant he watched people jumping.

Laurie told Steven that she thought he should leave. But Steven insisted on staying after an announcement in the building stated staying inside was safer than going out to the street.

Sam was in third grade at Woodglen Elementary School on the day his father died. Though the school did not inform students what had happened that morning, Sam said he could tell something was up. When it came time to dismiss students, Sam and Jason were dismissed to carpool with a family friend.

The family friend tried to pretend it was a normal day, Sam said. She drove Sam and Jason to her house, and she instructed them to go into the house and not to turn on the TV.

Dozens of people gathered at the Weinberg house, as many people in the town knew Steven worked in the World Trade Center.

At one point that afternoon, Sam turned on the TV and saw an image of his father’s workplace on fire. Later that night, Sam and Jason walked home to their mother, who told them what had happened.

Laurie said it was hard for the children to grow up being identified and labeled as the kids who lost their father that day. The constant sympathy people offered, while in good nature, was a constant reminder of what happened. It seemed to define who they were.

When Sam was in high school, he and his mother planned to tour several colleges in upstate New York, such as Ithaca College and Binghamton University. They stopped at SU first and didn’t end up visiting any others. Sam applied early decision to SU.

“I went to Syracuse and I loved it as soon as I set foot on campus. It felt like I could sort of feel my father’s presence there, also to have that shared experience,” Sam said.

I went to Syracuse, and I loved it as soon as I set foot on campus. It felt like I could sort of feel my father’s presence there, also to have that shared experience.

“It made it even more like I’m dropping Sam off at Syracuse and feeling happiness that I’ve walked those stairs, and Steven was there,” Laurie said. “Our (family’s) history was there. It wasn’t just ‘this is a great school.’ It was also, ‘this is where my dad was.’”

Sam Weinberg worked for The Daily Orange as an advertising representative in fall 2012. He has no bearing on editorial content. 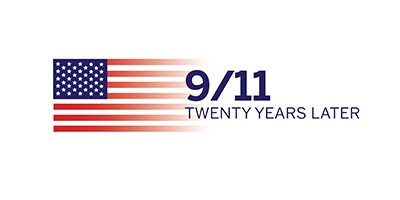