Many women’s costumes tend to be skintight, low-cut, short, have cutouts or all of the above.

“In the regular world, Halloween is when children dress up in costumes and beg for candy. In girl world, Halloween is the one night a year when a girl can dress like a total slut and no other girls can say anything about it.” These are Cady Heron’s famous words from the 2004 movie “Mean Girls.” Yet 15 years later, we still have a lot to say about the choices women make when they choose to dress up for the holiday.

On Syracuse’s campus, where “Halloweekend” can last for days, making assumptions about a person based on how much skin they choose to reveal — or not reveal — in their costume can have bigger consequences than you might think. The judgements we make on Halloween night reflect the sexist attitudes we project onto women the other 364 days of the year.

Many women’s costumes tend to be skintight, low-cut, short, have cutouts or all of the above. A costume merchant quote in the New York Times said that since the early 2000s, sexy costumes had become so popular they comprised “90 to 95 percent of our female costumes.”

Women’s costume retailers, like Yandy, have everything from “traditional” sexy options like cops and schoolgirls to contemporary costumes like “sexy fake news” and a “Miss Impeachment” costume with a plunging neckline, which was featured in the Washington Post.

Even somewhat tamer websites like Party City still advertise options like “Stop Traffic Sexy Cop Costume” or “Blessed Babe Nun Costume.” With the inundation of revealing costumes advertised in the mainstream each year, there can often be pressure to conform to that norm. At Syracuse University, where Halloween-themed parties abound, there’s a good chance you’ll see several of these sorts of costumes around campus.

“We seek to emulate images that we see in media,” said Beth Egan, associate professor of advertising at Syracuse University.

A sexy costume could mean different things to different people, and there are multiple reasons someone may choose to wear one. It’s entirely possible for someone to choose a costume simply because they like the way it looks, or how it makes them feel. A revealing costume could, for some women, make them feel confident in their body, or even rebel against stereotypes that women should dress conservatively.

A USA Today article said women might dress sexy on Halloween “because trying to curb women’s choices is the whole problem in the first place. Women’s bodies are policed every day of the year. Halloween is a welcome reprieve and a chance for women to express their sexuality, rather than repress it.”

What’s truly baffling, however, is that despite how much women are encouraged to dress and be sexy on Halloween, once they actually do so, they are often degraded for embodying that very image. 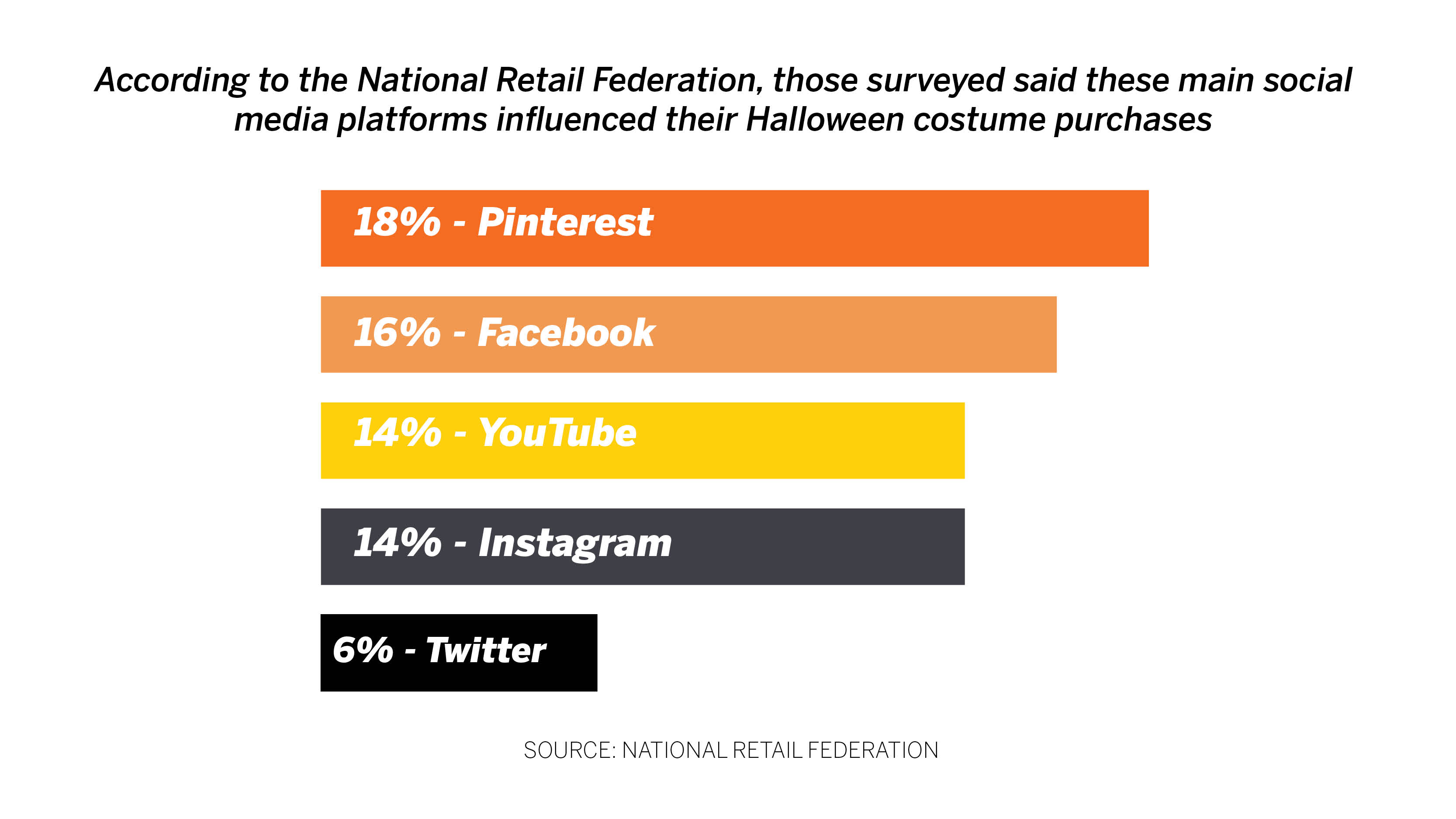 When a woman dresses up in a revealing costume, she may receive immediate positive attention, but it’s often underlined with dangerous assumptions — that she must be promiscuous because of her outfit choice, or she’s less intelligent or worthy than a woman who bucks the stereotype and dresses more conservatively, or simply doesn’t go out at all.

This kind of ridicule of women for the way they dress exemplifies this puzzling dichotomy. Whether these women made the choice to dress the way they did because of social pressures or because of their own desire to be seen in a sexual way, their choice is not the issue. The issue is the way society interprets that choice.

“We want to portray people in a way that they can see themselves in,” said professor Egan. “On the one hand, that’s often the ultimate goal, but you get into certain categories, you know, beauty and fashion, where the images that we do portray are more aspirational. That’s where it gets a little tricky in terms of, is that a positive inspiration or does that turn into a negative message?”

Right now, women face two negative outcomes for how they dress on Halloween: Fulfill expectations and be considered a slut, or defy expectations and be ostracized. The solution is not to change the benchmark of what is “correct” behavior for women, but rather to throw away the standard entirely.

Women should have full autonomy over whether they choose to reveal skin or whether they choose not to present themselves in that way. We have to stop making assumptions about people’s character based on how they dress on one holiday. And the fact that we still make these assumptions reveals just how deeply entrenched this kind of judgment is in our everyday thinking.

This Halloween, let’s ditch tearing down women for their choices and embrace what the holiday should be about: expressing yourself how you choose.

Mallory Stokker is a junior magazine journalism major. Her column appears bi-weekly. She can be reached at [email protected]. She can be followed on Twitter @_malloryyrose_

The Orange shot 50% from 3-point range but conceded 15 turnovers. END_OF_DOCUMENT_TOKEN_TO_BE_REPLACED

John A. Lally, a former Syracuse lineman, and his wife donated $25 million to begin the transformation of Manley Field House END_OF_DOCUMENT_TOKEN_TO_BE_REPLACED

Cole: Celebrity environmentalists should be celebrated, not critcized