Patrick Ewing, now head coach of Georgetown, had an orange thrown toward him on Jan. 25, 1985.

On his way to the Carrier Dome, Jan. 28, 1985, Frank Strange, a 19-year-old Syracuse fan, grabbed an orange from his kitchen and stuffed it in his coat pocket.

About three minutes into the game, Strange reached into his coat pocket and realized he forgot to throw it. He turned to his friend, who told him to “Get rid of it.” Georgetown’s center, Patrick Ewing, stepped up to the free-throw line.

Fans threw their hands up in unison, swaying them left and right while screaming. The distraction was perfect timing, Strange thought.

He launched the orange toward the court and it crashed behind the backboard.

“I just remember thinking, ‘This is crazy,’” Ewing said in an email. “The Carrier Dome is a hostile environment.”

On Saturday, when Georgetown (7-1) travels to play Syracuse (6-2), Ewing will return to the Carrier Dome for the first time as a member of the Hoyas since that 1985 game. But aside from 43-year SU head coach Jim Boeheim, Ewing won’t be the only returner from the Jan. 1985 game. Somewhere, in the upper deck, will sit Strange, who threw the orange toward the court 33 years ago.

“Friend of mine gave me some season tickets,” Strange said. “I think he did it on purpose so I don’t throw anything.”

***
Ewing’s hand quickly shot up, pointing toward the hoop. Syracuse’s Michael Brown hop-stepped and slid the orange off the court with his foot. Then-Georgetown head coach John Thompson yelled as he ran past his bench and near the scorer’s table. Thompson took his team off the court, forcing them to sit on the bench.

A couple minutes later, as the referees conversed with the two coaches, Boeheim grabbed the microphone and threatened the Carrier Dome crowd. If any other object were to be thrown onto the court, Boeheim said he would ask for a technical foul on his own team.

Between section 101 and 102 where Strange was seated 20 rows up, stadium security frantically searched for the culprit after Ewing’s shot rimmed out.

“Thank God they didn’t have cell phones or anything back then,” Strange quipped, “because we would have gotten thrown out.”

Fans around Strange pointed toward him and his friends. Nerves kicked in and Strange looked at his friends before pointing toward random people in the crowd. Whatever worked, so they didn’t get thrown out.

Security was never able to figure out who exactly did it. There was no proof and no one knew for sure — except Strange and his friends.

Eventually, security gave up, though they stuck around just in case anything else happened. It took five-and-a-half minutes before the game resumed and Ewing retook his free throws. Syracuse would upset the No. 1 team in the nation, 65-63, off Pearl Washington’s game-winner.

***
Not many people know the real identity of the orange thrower, but the memory still lives on. At Brad’s Extra Innings, a bar in East Syracuse, Strange and his friends hung out for a few drinks. SU sports would be on, or at the very least discussed, and sometimes, they’d talk about big games in which the Orange played.

At the bar, one person would mention the orange being thrown and the hecticness that ensued. Strange’s friends, sitting just a few spots down, would laugh. 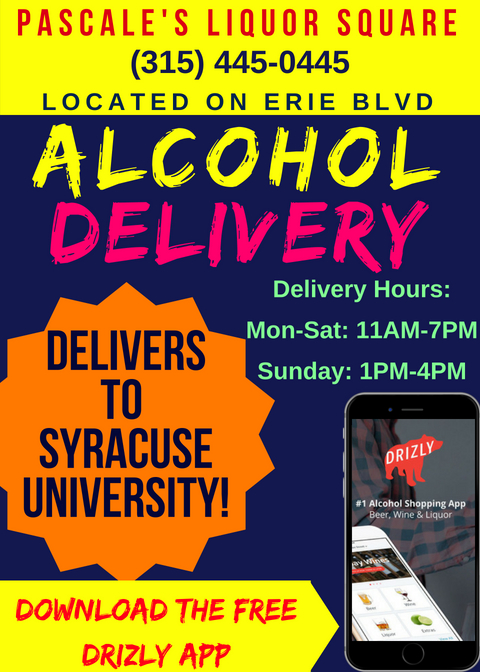 “What’s wrong?” one of the people would ask his friends.

That was back then. But, even three years ago, Strange received a text message from Paul Dooling, one of his friends. “Happy 30th anniversary,” the text read.

Strange was confused. It was January, and he and his wife got married on October. He asked his friend what the text meant. It had been 30 years since the orange hit the backboard.

Strange, now 52, isn’t the same 19-year-old he once was, though people still joke with him about throwing items whenever he attends a game.

On Saturday, when Ewing returns to the Carrier Dome, Strange said he wanted to bring an orange and have the NBA Hall of Famer sign it.

“I have a feeling,” Strange joked, “he’d probably smash it over my head.”

After 4 years at Monmouth, Melik Martin finally reached his potential at Drexel

Though cooking in college can be challenging, meal prepping with the “rule of threes” can simplify healthy eating. END_OF_DOCUMENT_TOKEN_TO_BE_REPLACED

Syracuse secures 2nd win of the season in 1-0 victory over St. Francis