Demonstrators on Tuesday wore red tape on their mouths and stood with mattresses on the quad.

The Syracuse University Quad was missing its usual conversational hum on Tuesday as students held a silent demonstration on sexual assault issues.

From 9 a.m. to 4 p.m. SU community members silently protested rape culture and SU’s handling of sexual assault cases on the Quad. Trigger warnings were placed around the borders of the Quad that said, “Trigger Warning: Demonstration against sexual assault.”

The demonstration included six propped up mattresses, each with a message spelled out in bright red tape. Among the messages were: “I can hear your silence,” “#noredtapesu,” and “rapists go here.”

People walking by continuously looked over to the demonstration and even stopped in their tracks to read the messages on the mattresses.

Between 10 and 20 people, mostly students, participated in the demonstration at different points during the day. The majority of participants had red tape over their mouths, as an outward symbol of their silence. Roughly half of the protestors were dressed in black, as was encouraged on the event’s Facebook page. 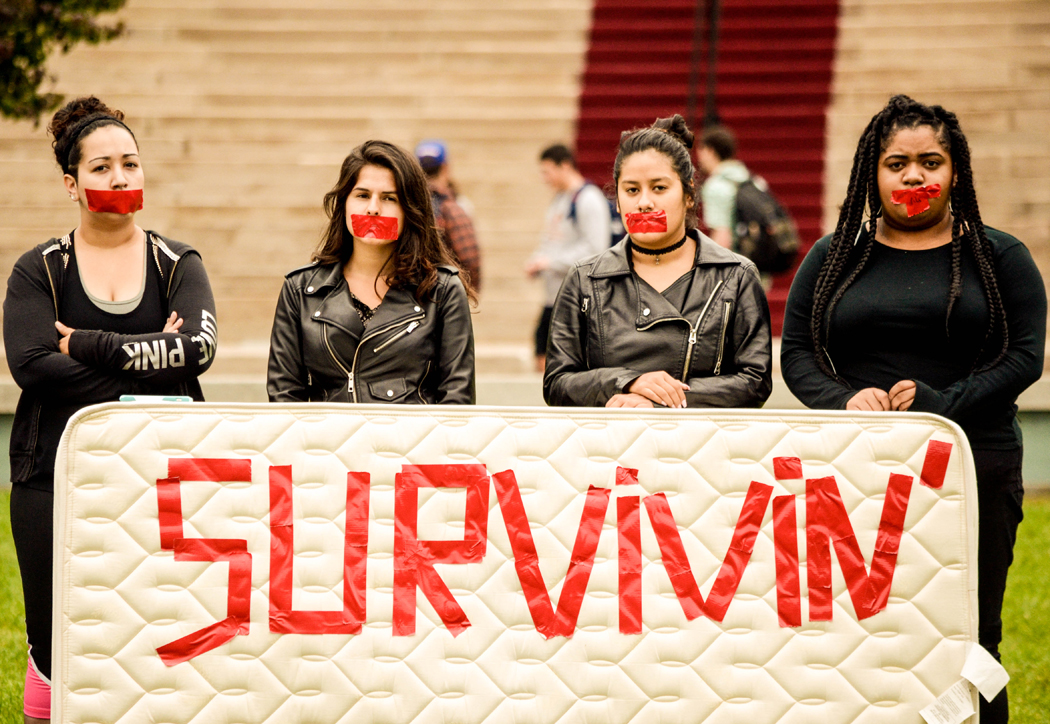 When people stopped to look at the mattresses, a participant went up to them and gave out the artists’ statement explaining the event.

Ernest Matthews, a financial aid assistant, was among those who stopped to get more information. He said the demonstration is an accurate symbol of what happens in society.

“It certainly draws your attention. You see the obvious notations on the mattresses and it makes you want to find out why,” Matthews said.

Bystanders were encouraged to join in at any point to stand or sit with them in solidarity and were provided with red tape. 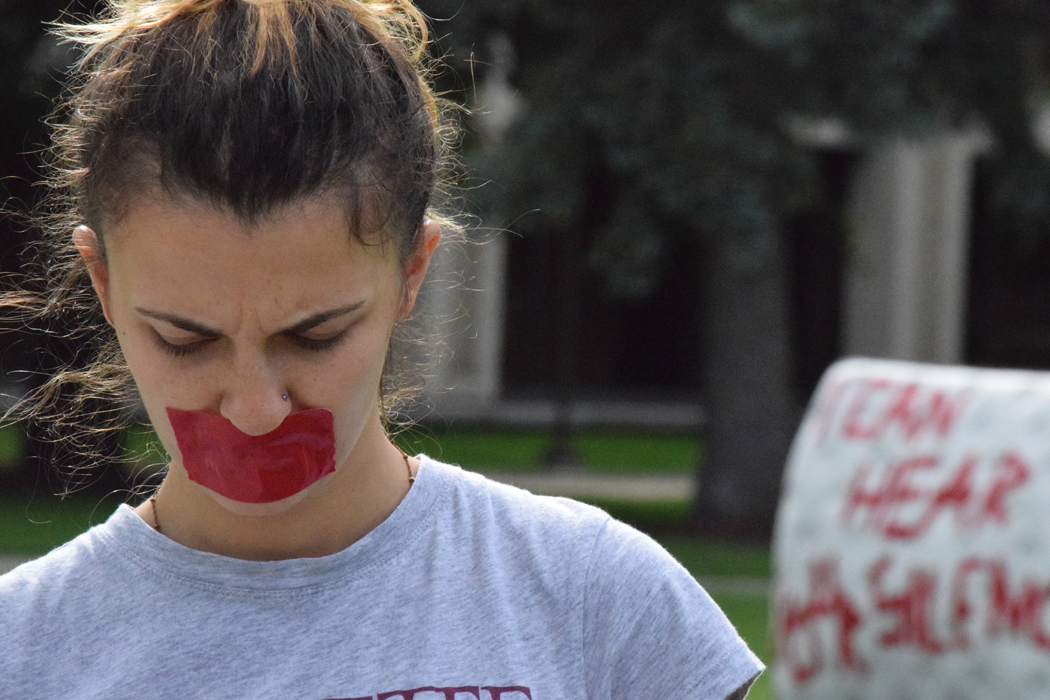 The protest was inspired by Emma Sulkowicz’s Carry That Weight and the No Red Tape campaign at Columbia University, according to the artist’s statement released by the event organizers.

The demonstration was meant to symbolize “the pain and outrage of living in a university community that does not support sexual assault survivors,” according to the statement.

“Of learning at an institution that lets perpetrators walk free while survivors, activists, and our families must bear the injustice silently,” the statement reads. “Of chanting ‘it’s on us’ when we know that ‘us’ rarely includes perpetrators and their protectors.”

SU is currently under a federal investigation due to its handling of a case of sexual assault.

The protest was not meant to propose solutions, rather its purpose was to call attention to the issue and the narratives put out by the university public relations in the nation, according to the statement.

The Orange shot 50% from 3-point range but conceded 15 turnovers. END_OF_DOCUMENT_TOKEN_TO_BE_REPLACED

John A. Lally, a former Syracuse lineman, and his wife donated $25 million to begin the transformation of Manley Field House END_OF_DOCUMENT_TOKEN_TO_BE_REPLACED