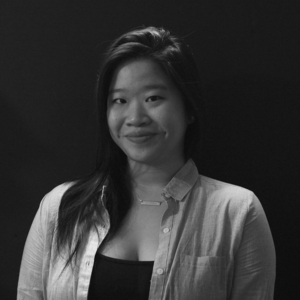 Entering college, students have more freedom. They’re finally away from parents and have this new sense of liberation, a sense that they can do whatever, whenever — so long as they can accept the repercussions.

There’s also pressure that comes with this. When listening to my peers reminisce about their wild Friday nights, I began to believe that this was something I needed to engage in as well. I embraced new discoveries, but I felt like I needed to do what everyone else was doing, especially when it came to casual hookups.

Now, settling into second semester of my sophomore year, I’ve realized the hookup culture is not something I want to participate in. While I don’t disagree with what these people do, studies have shown that these casual hookups can contribute to the lack of self-esteem in students, especially in females.

A study conducted by Boston College in 2012 tracked personal development of students by analyzing their opinions on a variety of issues in their freshmen year and then checking back in with them senior year. This study showed that young men gained self-confidence over their four years in college, while young women actually ended up having lower self-esteem.

The chair of Boston College’s marketing department proposed that the lack of self-esteem comes from a lack of long-term monogamous relationships and the prevalence of promiscuity.

It’s OK to not want to be in a committed relationship. There’s nothing wrong with staying single or casually hooking up. Similarly, it’s fine to be in a relationship, too. College is a time of experimentation. From clothes to sexuality, this is where you really get to figure out what you like and don’t like.

However, what I think the Boston College researchers are trying to correlate between the hookup culture and self-esteem is that we are creatures who yearn for long-term happiness. Most of the time, hooking up with someone is an instantaneous decision. Referring to the typical, alcohol-affected college hookup, it’s a spontaneous occurrence that isn’t executed with much thought.

A hookup is also purely physical and lacks the emotional attachment that many people tend to crave. Hooking up with someone might temporarily relieve one’s worries and make them feel connected with someone, but it doesn’t last. The battle between long-term and short-term happiness is ongoing. There will be moments where you will have to decide how to negotiate your happiness.

I grew up believing that all healthy relationships were committed. While I still hold true to many of these beliefs, I think those who participate in casual hookups should still be respected. That short-term happiness works for some people. It’s only when it starts affecting one’s self-esteem that it becomes a problem.

In order to improve those statistics from Boston College, we must embrace our decisions. If you decide to hook up with someone, it’s important to realize it was only a one-time thing. I’ve had so many girlfriends become overwhelmed with the guilt of a hookup, and it’s a terrible thing to see someone go through. Don’t dwell on the shame you might feel with waking up next to a stranger or the sadness if he or she doesn’t text you back. Accept what’s happened, embrace your decision to have a fun night and move forward with your life.

In fact, this goes for everyone. Don’t feel pressured to become someone you’re not or do some thing you’re uncomfortable with because you think it will prove who you are. You are already valid.

Isabella Ong is a sophomore television, radio and film major, and can be reached at [email protected].

The Orange shot 29% from the field and 22% from beyond the arc against the Rams in their Battle 4 Atlantis opener. END_OF_DOCUMENT_TOKEN_TO_BE_REPLACED

The Orange shot 50% from 3-point range but conceded 15 turnovers. END_OF_DOCUMENT_TOKEN_TO_BE_REPLACED

Opponent Preview: Everything to know about Louisville